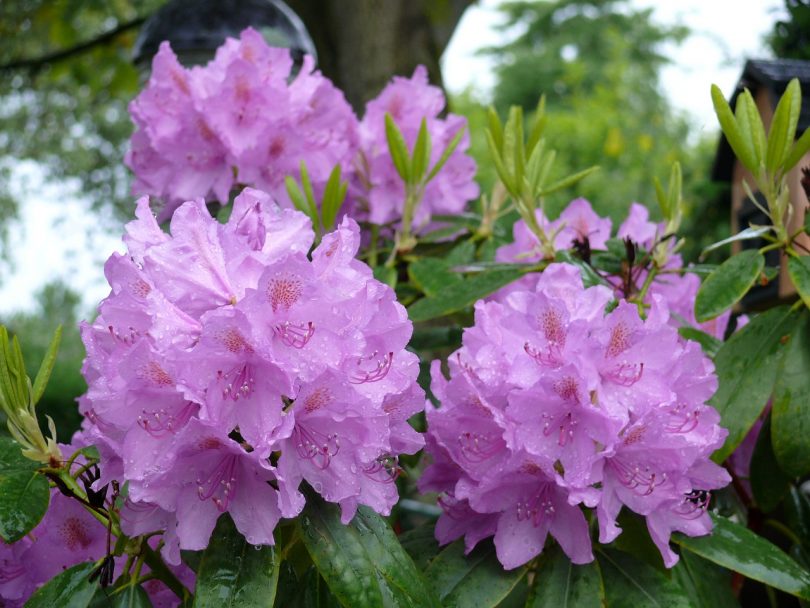 In the fourth article of the series, Elizabeth Kimber (Ecologist), focuses on Rhododendron ponticum…

Rhododendron ponticum is an established non-native invasive species within the UK, threatening a variety of natural and semi-natural habitats and the associated flora and fauna. R.ponticum was first introduced to the UK via Gibraltar in 1763 and by 1893 it was being sold on London markets as a flowering pot plant.

The genus Rhododendron is the largest in the Ericaceae family with 1200 species. There are two subspecies of R.ponticum: subsp. baeticum and subsp. ponticum, with a number of varieties recorded (Terzioglu et al., 2001).

Identification
Key identification features of R.ponticum include leaves which are dark green and glossy above, in an oblong to elliptical shape and up to 22cm in length.  The leaves grow in whorls around the stem. The wood is hard and light brown, with a rough bark. The flowers vary in colour from light pink to dark shades of purple, which are usually located in the middle of the terminal whorl on the branches. The fruit is presented in a woody capsule which bears multiple seeds and can persist for up to three years. 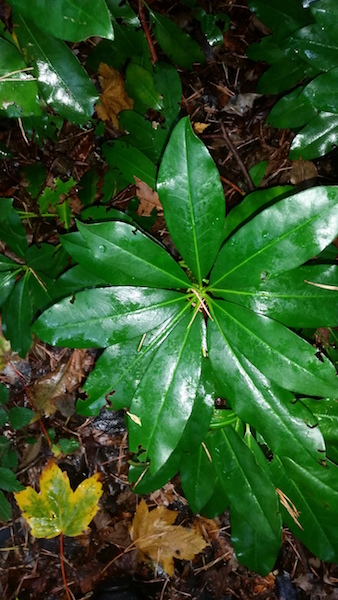 Impact
R.ponticum is a large shrub which can grow up to 8 metres tall, with an irregular base. It can spread to fill the space which is available to it, either remaining as a small shrub, or, if light conditions and other resources allow, outcompeting and displacing all other vegetation and local fauna.

“The economic impact of eradicating R. ponticum in a local area can run to many millions. The cost of clearing the weed in Snowdonia National Park, Wales, UK has been estimated at over £30 million (Mabberley, 1998). R. ponticum on the small island of Hebridean, Colonsay, Scotland, UK is spreading at a rate of 1 km² every 5 years and the cost of prevention and eradication of the weed is estimated to be £120,000 per year for a planned 16 year programme. On the small island of Lundy, Devon, UK, 105 days work and £26,880 is required per year to clear R. ponticum from cliffs (Compton and Key, 1998). Toxins in the leaves of R. ponticum have been known to poison sheep, cattle (Black, 1991), goats (Humpherys, et al., 1983) and dogs (Frape and Ward, 1993) and the nectar of R. ponticum is poisonous to bees, though there are no reported costs associated with this”.  (Cabi.org, 2017).

Anecdotal evidence suggests that honey from R. ponticum is toxic to humans and results in relatively short-lived intestinal and cardiac problems but is rarely fatal (nonnativespecies.org, 2017). 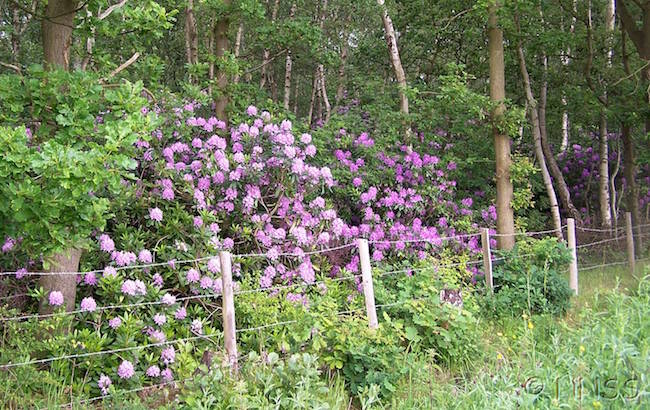 Legislation
R.ponticum is covered by the Wildlife and Countryside Act 1981.  It is listed under Schedule 9 of the Act and Section 14 of the Act states that it is an offence to plant or otherwise cause the species to grow in the wild.

Control Measures
Current methods of management and disposal for R.ponticum include the following:

Once R.ponticum has been removed from an area, a study by Maclean et al (2017) has shown that understorey plant community composition does not return to the state pre-invasion, even decades after the removal of R.ponticum. The overall conclusion from the study states that native plant communities showed no signs of returning to pre-invasion conditions up to thirty years after the removal of R.ponticum. It is suggested that restoration should focus on aiding the arrival of forbs and grasses under these circumstances, rather than altering the condition of the soil.