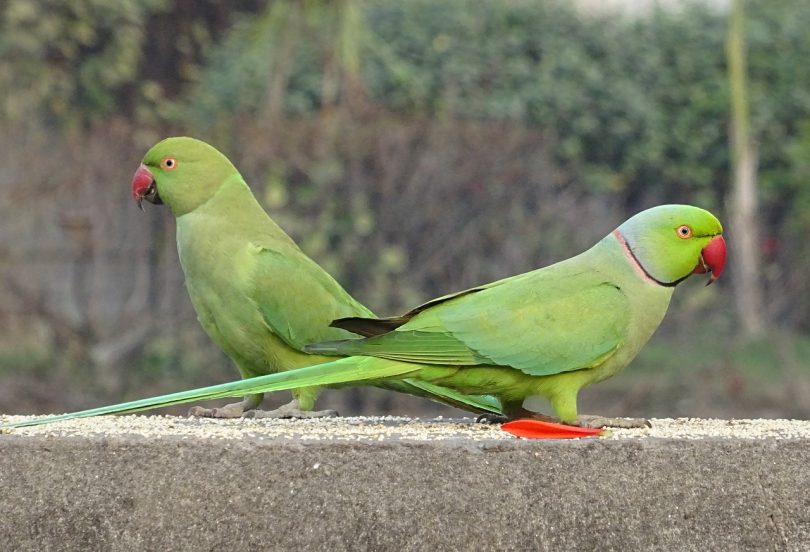 In the third article of the series, Elizabeth Kimber (Ecologist), focuses on the ring-necked parakeet (Psittacula krameri)…

The ring-necked parakeet is the only naturalised parrot in the UK, and is regarded as one of the 100 most invasive species in Europe. The bird is native to the Indian sub-continent and sub-Saharan Africa. A study by Gros et al (2016) suggests that the original European populations of ring-necked parakeet originated from Asia, with a possibility that a lesser proportion of individuals from Africa established themselves too. The population genetics analysis by Gros et al (2016) suggests that populations of parakeet in different European cities have experienced important bottlenecks and/or they originate from distinct source populations.

Identification features of the ring-necked parakeet include a red beak and a green body with a long tail. There is a marked sexual dimorphism within the species, adult males (over 3 years old) have a reddish to black collar surrounding the neck, but adult females and young do not have this. When in flight the ring-necked parakeet has pointed wings, a long tail and a direct, steady flight. A key feature to identify a flock of ring necked parakeets is the noise – a flock can be very noisy! According to the RSPB website there are 8,600 breeding pairs in the UK. 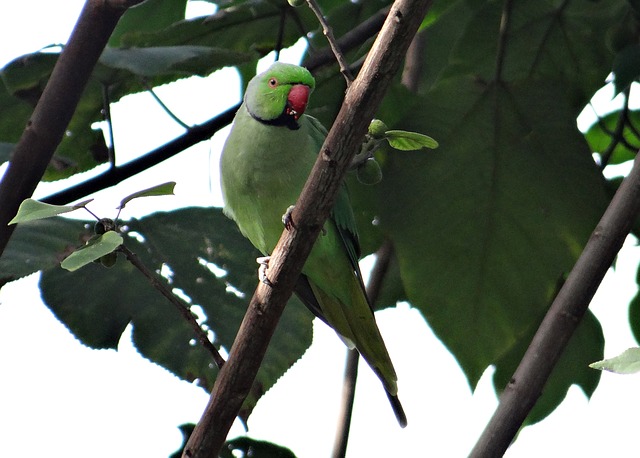 Ring-necked parakeets were first recorded in the UK in 1855, although the breeding population has only flourished in the past 50 years. Studies suggest this could be due to climate-matching, enabling a species to establish more successfully in a climate similar to their native range, which has to match up with their reproductive timing. For a species to be successful, the timing of breeding must coincide with appropriate temperatures for eggs to hatch, and the availability of food in the area to ensure the survival of chicks. A study by Luna et al (2017) has collated new research into this area, to collect and publish new data on the reproductive timing of ring necked parakeet populations along a latitudinal gradient in Europe. The study found that the reproductive phenology of the ring-necked parakeet can be a limiting factor for establishing a population and range expansion in colder climates. This would explain why the distribution of the ring-necked parakeet in the UK is primarily in the south east, with scattered populations in the south.

The ring-necked parakeet has a number of impacts on native fauna and flora, including displaying aggressive behaviours against other birds that fly in the surrounding area of the nest during the breeding season. The birds may also take food before other species have a chance to consume it, enhancing competition with native birds. A study by Le Louarn et al (2016) identifies territorial and pre-emptive interference competition for supplementary food resources in winter and early spring, between the ring-necked parakeet and other bird species. This competition is induced by the agnostic behaviour of the ring-necked parakeet and by its passive monopolisation of the food resources at the feeders.

Ring-necked parakeets are secondary cavity nesters, meaning that they rely on existing cavities, which puts them in direct competition with other secondary cavity nesters such as tits, nuthatches and doves. They have the advantage of being early breeders; however, they still display antagonistic behaviours towards other species, either by displacement or nest destruction. There have also been records of bats being killed by ring-necked parakeets if they are in the cavity chosen by the bird; however, this is rarely observed as they usually happen in high cavities and possibly only at the start of the breeding season. 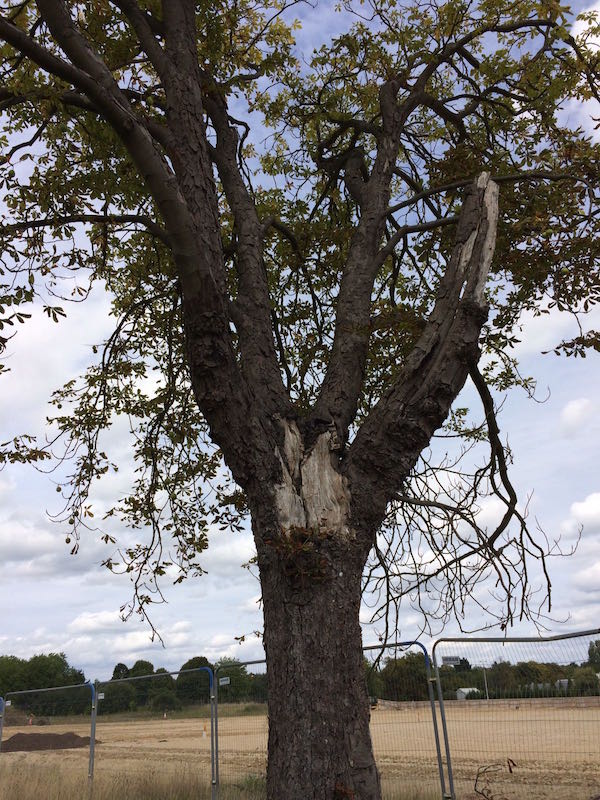 Ring-necked parakeets are known to carry chlamydiosis as well as other diseases, which may be transferred to other, native bird species and humans by direct contact with infected birds e.g. handling of plumage and tissues, contaminated equipment etc.

In conclusion, the ring-necked parakeet is an invasive species to the UK, and most of Europe, however it is likely to be limited in population growth by the climate in the areas surrounding the established populations. The main impact of ring-necked parakeets is likely to be on native bird species, both through direct competition and indirect impacts such as diseases.