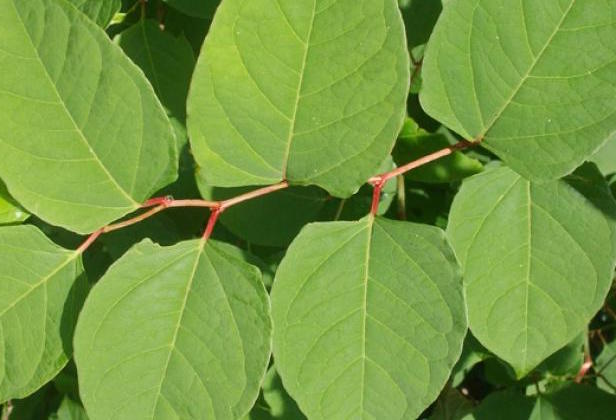 In the second article of the series, Elizabeth Kimber (Ecologist), focuses on one of the most well known of the invasive non-native species, Japanese knotweed…

Japanese knotweed (Fallopia japonica) was introduced to the UK by the Victorians as an ornamental plant. It is native to Japan where there are natural controls present, which contain the spread of the plant.

“In Europe, plants are a ‘male-sterile clone’, so no seed is produced, although it can hybridise with other species of Fallopia” (Non-native Species Secretariat (NNSS), 2017).

Japanese knotweed is a rhizomatous herbaceous perennial, meaning that it spreads by underground roots and the vegetation dies back each year.

Identification
Japanese knotweed can be identified by its zig-zag stems, with lush green leaves. The leaves are shaped like shields with a flat base. Stems are speckled with purple, and have regular nodes (like bamboo), and there is a rhizome crown at the base of the plant. The rhizomes can spread up to 8 metres from the shoot, and are orange inside.  Flowering in Britain, occurs in late August and September.

Impact
Japanese knotweed presence has several disadvantages, the most commonly reported of which is that it can impact construction materials such as brickwork, tarmac and concrete. Japanese knotweed also heavily outcompetes native flora through shading and is very hard to eradicate due to the proclivity of the rhizomes to spread out from the plant.

In addition, the NNSS notes “there is a high economic impact due to legislation that makes its eradication a legal requirement and the cost of its disposal expensive. Eradicating it from construction sites can cost well over £1,000 per square metre and, as a controlled waste, it can be expensive to dispose of the ‘contaminated’ topsoil. The total global cost of its control could be hundreds of millions of pounds per annum”.

Japanese knotweed has some reported benefits to biodiversity: the flowers can provide a source of nectar for bees, its presence in riparian habitat provides some cover for mammals such as badgers, otters and nesting birds and the plant can also be used as a source of food, medicine and dye.

Legislation
Japanese knotweed is covered by the Wildlife and Countryside Act 1981.  It is listed under Schedule 9 of the Act and Section 14 of the Act states that it is an offence to plant or otherwise cause the species to grow in the wild.

Control Measures
Control measures can either be chemical or non-chemical.

Chemical
There are a number of herbicides that can be used to control Japanese knotweed.  Treating with chemicals is considered to be the most effective means of eradicating the plant, although it usually needs repeat treatment to completely succeed.  The person administering the treatment should be appropriately qualified to use herbicides.

It should be noted that if you wish to control Japanese knotweed with chemicals near a watercourse you will need permission from the Environment Agency (EA).

Non-chemical
There are a number of non-chemical options for control and eradication of Japanese knotweed:

Biological control measures for Japanese knotweed are currently being researched, including the use of a psyllid from Japan as a suitable, safe agent to control Japanese knotweed in the UK. The risk of damage to native plant species from the psyllid has been shown to be very low, with a number of field trials taking place to ensure that the psyllid will destroy the Japanese knotweed and ensure that there are no negative impacts on native plant species. There have been more widespread releases in 2015 and 2016 with adults ready to overwinter, coupled with a new psyllid strain, as well as summer populations. This is currently being monitored to establish successes and impacts. 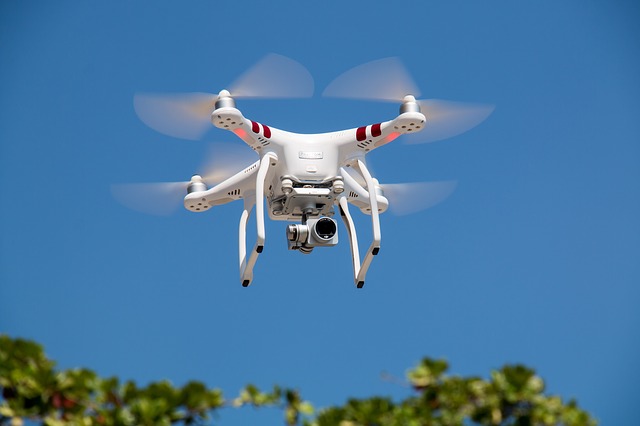 Drones can be used to survey over large areas

Surveys and Management
Surveys for Japanese knotweed presence can be carried out on foot, being mindful of taking precautions not to spread the plant off-site; if coverage of a large area is needed, then equipment such as drones can be used.

Prosecution
In February 2017, a case was brought against Network Rail by an owner of an adjacent residential property.  The owner wished to sell his house and encountered problems due to the presence of Japanese knotweed on an adjacent bank at the back of his property. The judge ruled in the home owner’s favour and was awarded damages for the cost of treatment and the residual diminution in value of his property after the treatment had been carried out (Charles Lyndon Law Firm 2017).

Note: This article has been amended since its first publication.