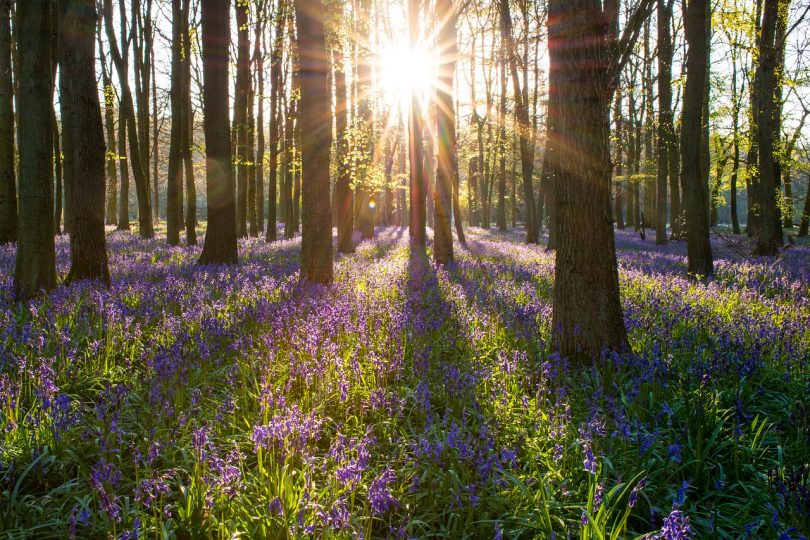 The Woodland Creation and Ecological Networks project (WrEN) is a long-term, large-scale ‘natural experiment’, created by identifying woodlands which were planted over the past 160 years from historical maps which have only recently become available. This provides a means of testing how past actions have influenced populations of animals and plants we observe today. Whilst landscape-scale experiments are hard to conduct because of the temporal and spatial scales involved, the combination of a long history of woodland planting in the UK, coupled with comprehensive historical mapping, provides an excellent opportunity to develop such experiments.

To date the WrEN project has surveyed over 100 woodlands in Scotland and England for a wide variety of wildlife including vascular plants, lichens, bryophytes, invertebrates, bats, birds and small mammals (Watts et al. 2016, Ecology & Evolution 6: 3012-3025.). We are now in the process of identifying what features of the woodland or its surrounding environment are most important in explaining variation in abundance, species diversity, and community composition.

One of the first groups to be examined were bats and these results are now published in the journal Ecological Applications (Fuentes-Montemayor et al. 2017, doi: 10.1002/eap.1546.). The study found that species of bat respond differently to local woodland attributes and the surrounding landscapes, depending on their mobility. Landscape characteristics, such as woodland connectivity, also appear to be most important for bats in intensively farmed landscapes where woodland loss and fragmentation have been more severe.

“These findings suggest that increasing the amount of woodland in a landscape would be a valuable conservation strategy for species which are highly mobile, such as Natterer’s bats.

However, our study also suggests that specifically targeted planting to improve woodland connectivity is particularly important for less mobile species, for instance brown long-eared bats, which are often less likely to fly across open spaces. These bats are also more likely to benefit from activities which enhance local woodland quality, for example by managing woodlands to promote the old-growth habitat structure characteristic of mature forests”.

“Some bats are known as ‘indicator species’ because changes to their populations can indicate changes in biodiversity. Many of the patterns we observed in bats are similar to those reported in the literature for other wildlife, such as birds, so our recommendations are likely to be useful in creating woodland valuable not only for bats but for other species too.

During the WrEN project we’ll be studying other species including birds, insects and plants so we can draw together general principles for landscape scale conservation and restoration”.